A group of John's work friends came over to play video games yesterday and it turned out to be quite a fun day. There was a Nintendo Wii, two XBox 360's and a Play Station 2. Mauricio brought over a smoker and grilled some chicken and sausage. (Yum!) The game playing lasted for hours and hours. I am not usually too interested in video games, but I had fun too. The Sports for the Nintendo Wii are a blast. (John and I did lose at doubles tennis though.) Guitar Hero is also a blast, but it takes concentration. Frida made some new friends when the guys snuck her pieces of the leftover meat.

The top picture is of Dan and Huggins boxing. The next picture is of Mauricio and Chris playing baseball. The last two pictures are of the guys sitting around the XBoxes. (We found out that we can fit 12 people in our family room.) 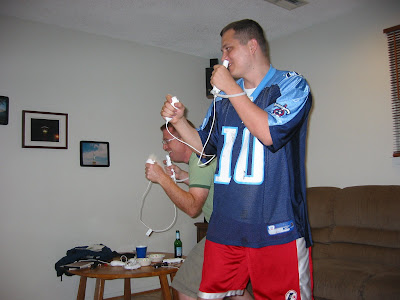 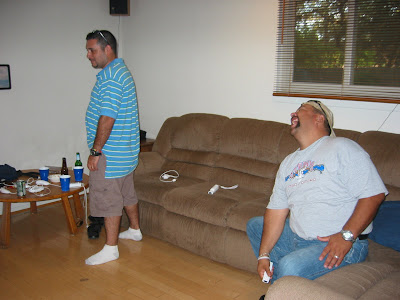 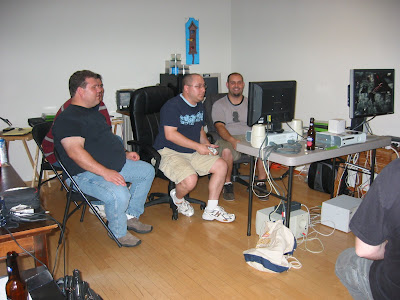 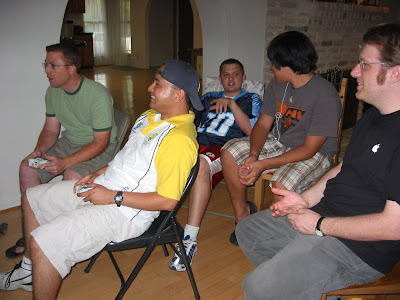