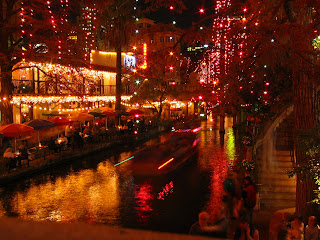 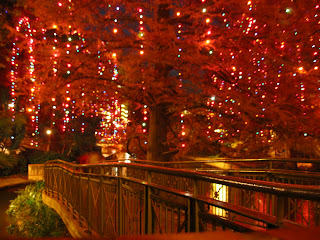 those pictures make me miss christmas on the riverwalk. the lights are lovely!

how wonderful that you and john have made it successfully through some of the bumps of building a life together--happy thanksgiving!

Sara and John,
This was a very heart-warming post, and you both should be very proud of your accomplishments. We hope that you've had a wonderful holiday in Paris and hope to see you soon! Are you coming back to Ohio for Christmas?
Take care,
Beth