one weekend 2 shots (Catch Up Edition)

It turns out that I have been taking pictures, but they were just sitting on my camera. The internet was down last night while John was a softball. The (only) problem with the being married to a computer geek is that it is easy to just rely on him to fix all things computer related. During my evening offline, I did upload some the photos from our camera into iPhoto. 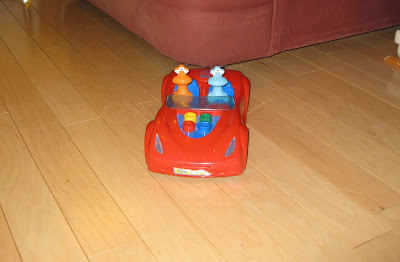 September 18 - Alex received some "new to him" toys, and we are all having fun playing with them. 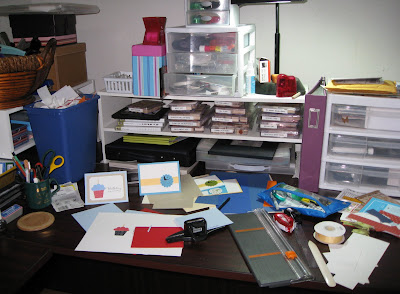 September 19 - I made some more cards and can't make cards or scrapbook without turning my desk into a complete mess. 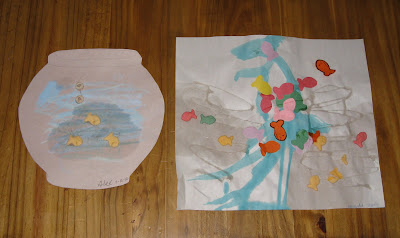 September 25 - Here is some of Alex's artwork from daycare. 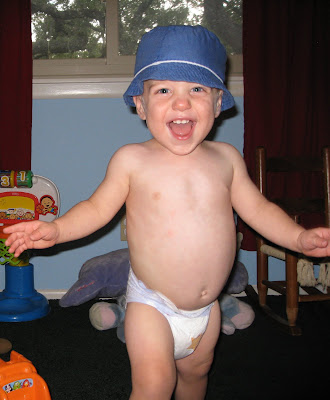 September 26 - It is still warm here, but Alex decided that he needed more on than just a diaper.

I did not take any pictures last weekend. John was sick for part of the weekend, and Alex started having "poo-splosions." The pediatrician actually wrote "poo-splosion" in the notes yesterday. (John coined the term.) It turns out that Alex has an ear infection. Hopefully he is on the mend, and we will get back to our normal routines this week. Luckily my dad was able to watch Alex some last week since he could not be in daycare with his "diaper situation". Alex enjoyed time with his grandpa and John and I did not miss too much work.
Posted by Sara at 4:55 PM