Photos with Shrek and Brutus 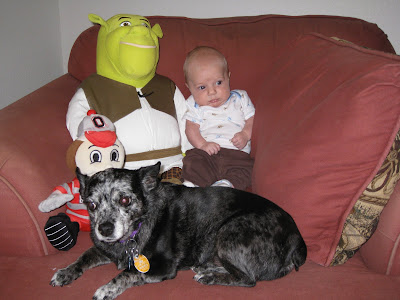 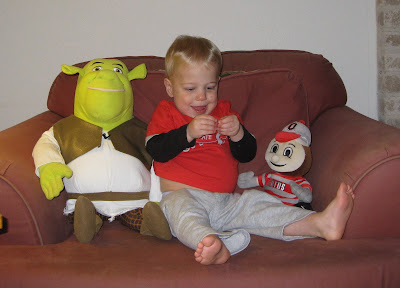 The first photo taken of Alex with Shrek and Brutus Buckeye was on April 24, 2009, when he was 7 weeks old. I snapped another photo of them on November 26, 2010, for the split second that Alex was sitting still. He is now 20 months old and is no longer Baby Alex. He is running around and starting to put two words together. He is repeating almost everything we say and constantly learning new words. He now looks like a little guy. It is going by so fast!
Posted by Sara at 10:44 PM