Yesterday we had an awesome day trip into San Francisco to visit the California Academy of Sciences. We took the scenic route to see the Pacific Ocean and avoid traffic on 19th Street. It was a nice drive in and out of the city.

The admission to the museum is expensive but worth it. The museum is great for all ages and had ample space even on a Saturday afternoon. We saw most of the museum in one day, but that was with a three year old who does not stop to "read" things. He likes to go, go, go! 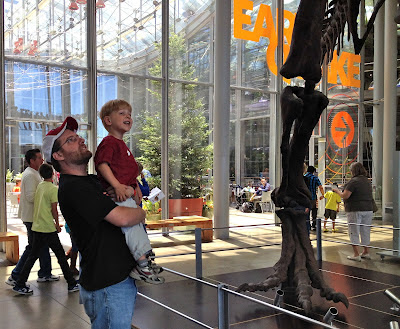 Alex liked looking the the dinosaur. 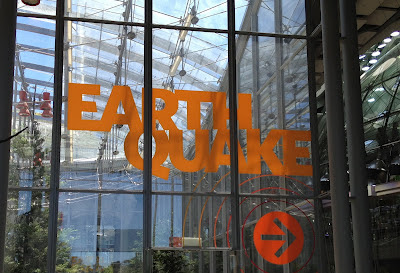 John and I wanted to see the Earthquake exhibit. The simulated earthquake was not recommended for kids under age 4, so John and I went separately while the other one watched Alex. 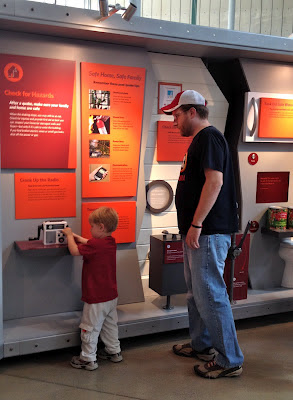 We learned about preparing for an earthquake, and Alex enjoyed all of the interactive exhibits. If there is a button, then he must push it. 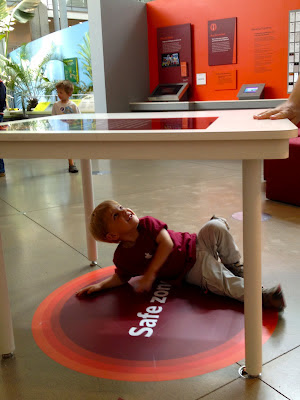 John and I grew up with tornado drills, and Alex has already practiced what to do in an earthquake at preschool. His teacher says that all of the kids there want to get under the same table... 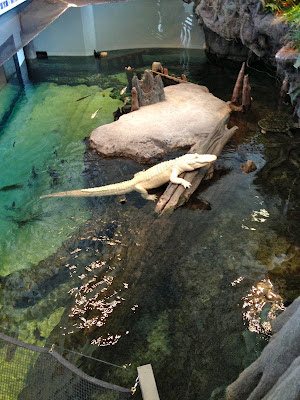 Real or fake? At first this alligator did not look real, but then it started to move. It turns out that Claude is an albino alligator. Photos of the flash sensitive animals at the museum are available here on Flickr. 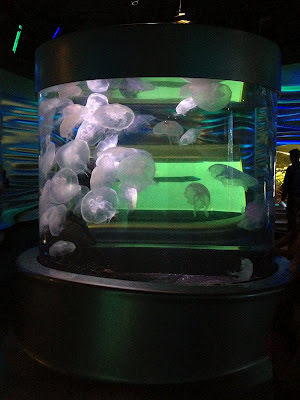 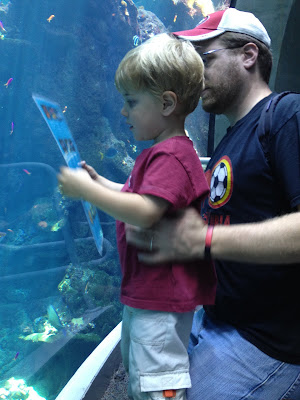 The aquarium section of the museum is fun, and we were able to identify some of the fish. The Emperor Angelfish is my new favorite. 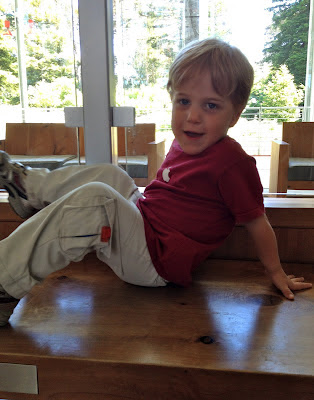 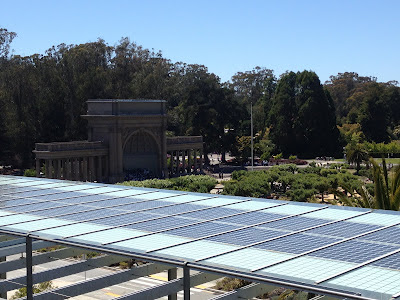 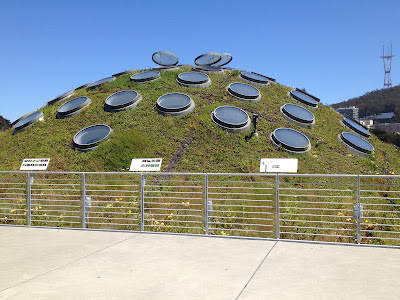 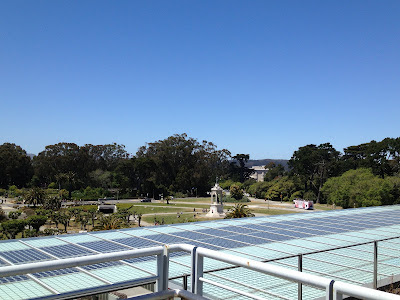 The Rooftop Garden is neat and has great views. 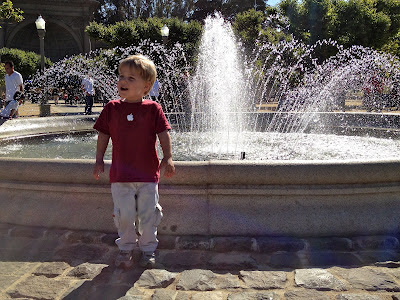 The museum is located in Golden Gate Park, and we still have many more areas to explore in the park.