The events of the past week are starting to make me realize how much Alex is growing up. On Thursday I registered him for kindergarten. Even though he will not start until August, it still feels like a big step.

Alex saw his first movie at the theatre today. We all enjoyed The Lego Movie. For a variety of reasons, we've had extra limitations on Alex's screen time and had not found the right opportunity to take him to a movie until now. We went with two of John's co-workers and their kids, so Alex wanted to sit next to the other kids instead of next to his mom and dad. Sigh. He enjoyed the movie and the popcorn and is becoming more independent.

We are grateful for the mild weather in the Bay Area. We walked to the movie theatre and stopped at the park on the way home. After a little hesitation, Alex slid down the big pole at this playground. 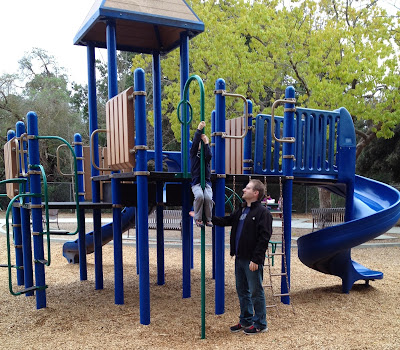 After The Lego Movie, Alex built this space ship at home by himself: 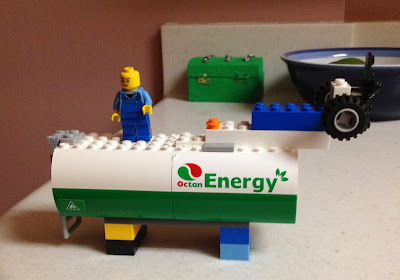 Alex's fifth birthday is quickly approaching and that will be another milestone. Sigh. But really, "Everything is Awesome."
Posted by Sara at 1:19 AM