Week in the Life: Sunday

Alex slept in until 8:30 A.M., which is rare. After breakfast, he played with his new puzzle and some spatulas. 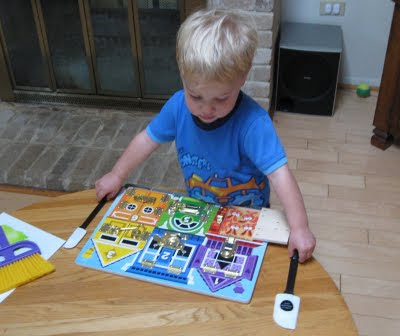 The toys continued to take over the family room, but they are now cleaned up at the end of the day. 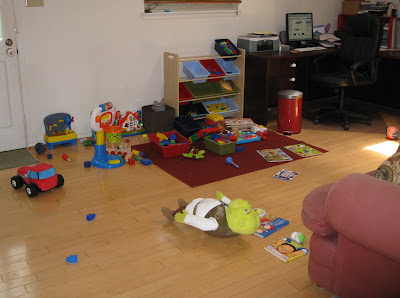 Sundays are usually quiet days spent around home. Alex and I dropped off a donation to Goodwill and then put gas in my car. While Alex was napping, I took Frida to the vet for a check up.

After his nap, we went to the neighborhood playground. 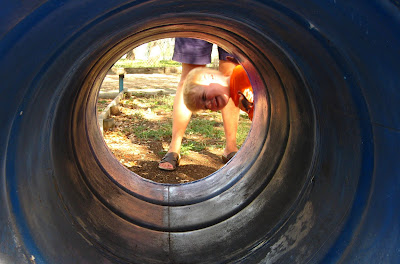 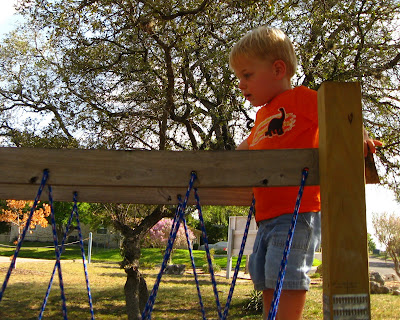 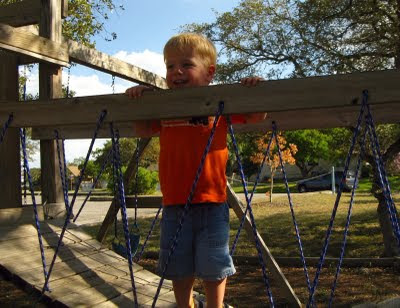 Alex tried some corn on the cob at dinner. After dinner we Skyped with both my dad and brother, since my dad is visiting him for about a week. 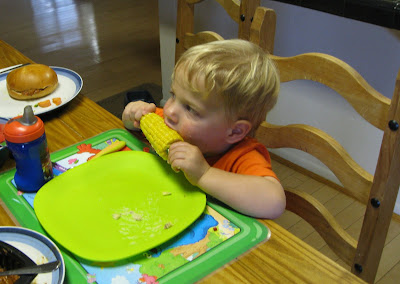 Alex was being a difficult two year old today. He was moody and whiney at times and into everything. In the spirit on Sesame Street, the Word on the Street is No and today's blog post was brought to you by the letter A and the number 2.

This post wraps up The Week in the Life. It was my first time trying this project, and I learned two things. First, even a simply version of the project takes time and dedication. Second, I want to continue to work on my photography skills. I am still thinking about making a photobook from the week using the photos and blog posts.
Posted by Sara at 12:37 AM

Sara, I just came across this and it's great! I am so glad you did a whole week. It was cool to see ya'lls daily routines. (: