Four years ago, I gave John a baby for his birthday. I did not realize that this picture would foreshadow John's future job at Apple and beard. 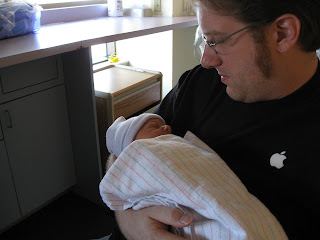 I spent last weekend celebrating with my two favorite guys. We headed into San Francisco on Friday night for dinner since John's aunt and uncle were in town for a conference. I had my first ride on BART since we took Caltrain to BART to get to Downtown San Francisco. It worked quite well even though Cupertino is a black hole of public transportation. We had dinner at Sears Fine Food and really enjoyed the meal. It was a nice restaurant to linger over dessert and conversation. I ordered the "Blue Plate Special," and my blacked Pacific cod even came on a special plate. The waiter was very helpful and got Alex a smaller portion of the macaroni and cheese even though it was not on the kid'e menu. 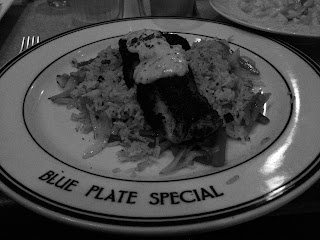 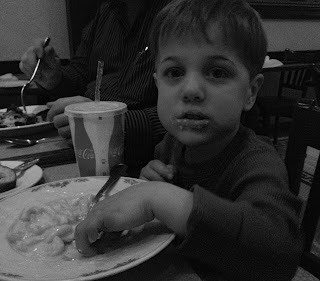 We spent Saturday celebrating John and Alex's birthdays around the South Bay. Alex opened his first gift, a scooter. We had a picnic at Oak Meadow Park and Alex rode around on his new scooter. We also rode the train and carousel before Alex played on the playground. This is a wonderful park in Los Gatos. 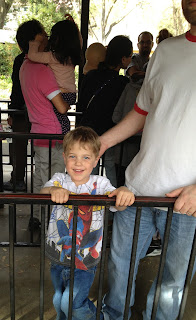 We headed home for Alex to open the remainder of his presents and FaceTime and talk to his grandparents. Alex requested peanut butter and jelly sandwiches and chocolate cake for his birthday dinner. It was a fun birthday, but I think that Alex wants a party next year. 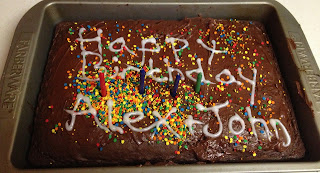 glad your boys had a good birthday!
Alison xx