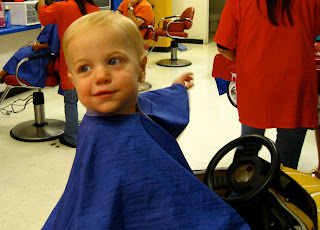 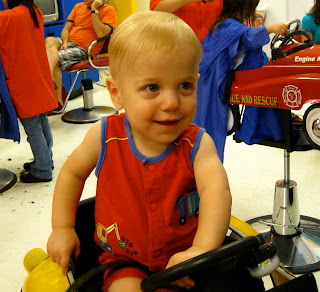 I managed to hold out until Alex was 15 months old to go for a haircut. I was worried that it would make him look older, but actually he looks about the same. It is HOT here, so it will be nice for him to have shorter hair.
Posted by Sara at 9:07 PM