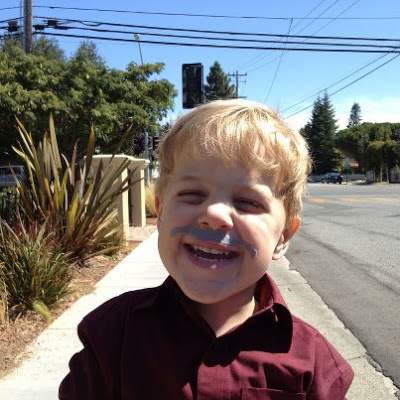 Alex is still growing quickly. At age three and a half, he is 41.5 inches tall and weighs 41.5 pounds.

He is still full of personality and says a lot of funny things! Recently we have been discussing our move from an apartment to a house, but he calls it the "compartment." He also has a funny way of saying hamburger. It comes out more like "haminburg."

He certainly has his own sense of style. He really likes to wear his rain boots, even though they are getting small. Yesterday, he tucked his pants into his socks while getting dressed for school. He came out to tell me that he has pantaloons after John told him the word. 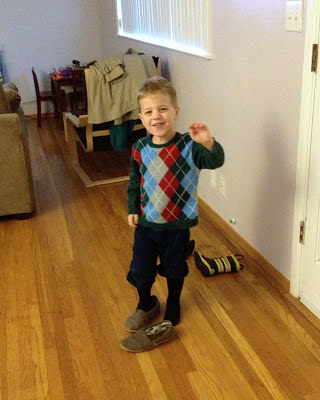 This week, we made a quick video for his Aunt Jenni on her birthday. At home, he thinks that pants are optional.